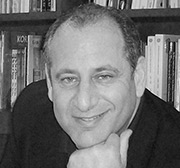 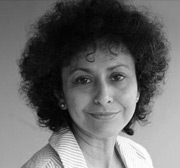 Distinguished international human rights lawyer, currently serving as chancellor of the University of Salford. Irene is a member of the UNAIDS High Level Commission on HIV Prevention and sits on the Boards of the Institute of Business and Human Rights, BRAC – the microfinance NGO, the International Save the Children Alliance and the Center for Humanitarian Dialogue. Prior to serving as secretary general of Amnesty International, Irene had a distinguished career at the United Nations High Commissioner for Refugees (UNHCR) where she held various posts including being Chief of Mission in India and leading the Macedonia team during the Kosovo crisis in 1999. She is a graduate of Harvard Law School and has received numerous honorary doctorates, including from the School of Oriental and African Studies (University of London), the American University in Beirut and the Universities of Edinburgh and St Andrews. Irene has received numerous awards, including the Pilkington Woman of the Year award and the City of Sydney Peace Prize. She is the author of The Unheard Truth: Poverty and Human Rights. 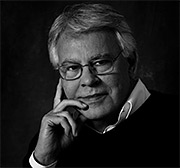 The longest serving Prime Minister of Spain, having earned three mandates between 1982 and 1996, and leading Spain to the European Community in 1986. The native of Seville was also a member of the Spanish Parliament from 1977 to 2004 and served as Secretary General of the Spanish Socialist Worker’s Party from 1974 to 1997. Gonzalez was Vice-President of the Socialist International from 1978 to 1999, where he chaired the Global Progress Commission for the renewal of the SI. From 1996 to 1998, González was EU Representative of the Organization for Security and Co-operation in Europe to the Federal Republic of Yugoslavia. In 1997 he was appointed as Senior Ambassador with Ministerial Rank for the 200th Jubilee of the Independence of the Latin American Republics. Following his presidency, Gonzalez has been active in Spanish and European politics. He currently serves as chairman of the Global Progress Foundation, as well as chairman of the Council Global Progress of the Ideas Foundation for Progress and the Reflection Group on the Future of Europe 2020-2030 Time Horizon. González was awarded the Charlemagne Prize for Services to the European Unity in 1993, and the Carlos V Prize of the European Academy of Yuste in 2000. He also received the Collar of the Order of Isabel la Católica in 1996 and the Great Golden Cross of Merit of the Republic of Austria in 1997. González holds a master’s degree in Labour Law from Seville University and is Doctor Honoris Causa from the University of Toulouse (1998) and the University of Tel-Aviv (2005). 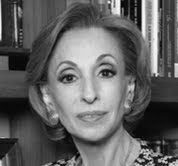 The late Rosario Green, who sadly passed away in November of 2017, was an esteemed member of The Richardson Center Advisory Board. As Mexico’s first female Foreign Minister (1998-2000) and first Mexican ever to occupy an important position in the UN (Assistant Secretary General, 1994-97), she was an honored member and great asset to our work at the Center. Among her many accomplishments was being named Ambassador at Large by Mexican President Enrique Peña Nieto, working as Senator and the President of the Foreign Affairs Committee, and being a member of the Political Council of the PRI and acting as its Secretary General from 2005 to 2006. Congruent with her passions and humanitarian efforts, Ambassador Green was an associate of the Mexican Academy of Human Rights as well as a member of the Board of the Mexican Academy of International Law and the Mexican Council of International Affairs. Rosario Green studied International Relations at the National University of Mexico and obtained an MA in Economics at El Colegio de Mexico. She is a Columbia alumni where she received a second MA in Economics as well as a Certificate in Latin American Studies. She is the author of numerous books and articles regarding Mexican economic and political affairs, and recently published her Memoirs. The Richardson Center is extremely grateful for her contribution to the Advisory Board, and honored to have had her as a member. 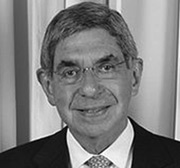 Óscar Arias Sánchez (born 13 September 1940) is a Costa Rican politician who was President of Costa Rica from 2006 to 2010. He previously served as President from 1986 to 1990 and received the Nobel Peace Prize in 1987 for his efforts to end civil wars then raging in several other Central American countries. He is also a recipient of the Albert Schweitzer Prize for Humanitarianism and a trustee of Economists for Peace and Security. In 2003, he was elected to the Board of Directors of the International Criminal Court’s TrustFund for Victims. He is also currently a member of the Club de Madrid, a nonprofit composed of 81 former leaders of democratic states that works to strengthen democratic institutions. 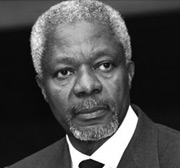 Kofi Annan is a former diplomat of Ghana and was the seventh Secretary-General of the United Nations serving from 1997 to 2006. As Secretary-General Kofi Annan played a leading role in galvanizing global action through the General Assembly and the Security Council to combat terrorism and other political crisis especially in the Africa and Middle East. In 2001, Annan issued the “call to nation”, in order to address the world spread pandemic HIV/AIDS, and put forward the establishment of a Global AIDS and health Fund. Kofi Annan was honored with numerous honorary doctorates and was also a joint recipient of the Nobel Peace Prize in 2001 with United Nations.