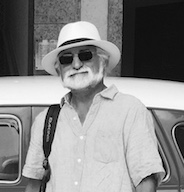 Dr. Ralph Cygan is a Professor of Medicine at the University of California Irvine School of Medicine. Ralph, a life-long friend of Governor Richardson, is married to Dr. Katherine Cygan and together they have two daughters and three beautiful grandchildren.Ralph has had a distinguished career as a physician, educator, and administrator culminating in a 6 year tenure at Chief Executive Officer of The University of California Irvine Medical Center.  Under his leadership the UC Irvine Medical Center was repeatedly recognized as one of the nation’s best and safest hospitals.  In addition, he led the planning and secured funding for a new 500 million dollar state of the art hospital which today serves as a referral center for Orange County and the surrounding Southern California region of over 5 million people. As a board member Ralph brings strengths in the management of large complex organizations as well as and in non-profit philanthropy. 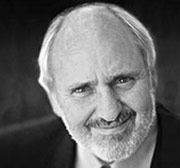 Stuart Ashman, Executive Director, Center for Contemporary Arts in Santa Fe, is a museum executive and cultural ambassador who has worked in the arts for over 30 years.  He was raised in Matanzas and Havana, Cuba before his family relocated to New York where he attended the City University of New York receiving a Bachelor of Arts degree in Photography and Fine Art.  His additional studies include graduate work at the Rochester Institute of Technology and private workshops in Photography as well as participation in the Getty’s Museum Leadership Institute.  Mr. Ashman’s extensive career includes stints as President and CEO of the Museum of Latin American Art, Director of the New Mexico Museum of Art, the Museum of Spanish Colonial Art, a posting as Secretary of the New Mexico Department of Cultural Affairs, a position as Expert Consultant for the United States Peace Corps, and an assignment as the Director of Latin American programs at the Richardson Institute for Global Engagement among others.  He has published numerous articles and co-authored “Photography New Mexico” in 2009 and “Abstract Art” in 2003. 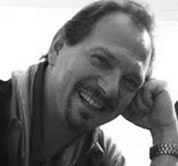 After graduating Magna Cum Laude in Politics from Princeton University, James received a Masters in International Economics and Japanese Studies from the Johns Hopkins School of Advanced International Studies and another Masters in International Management from the International University of Japan.  He worked at a number of think tanks in Japan and the U.S., at Nomura Securities and Morgan Stanley International in Tokyo and then in London, and co-founded the investment management company Pacific Partners in New York.  He was a founding member of the seminal socially responsible business network Social Venture Network, and is an active current investor. He sits on the Executive Board of the Democracy Alliance, a network of progressive philanthropists, is a Director of the Angelica Foundation which funds human rights and environmental programs in Latin America, is President of the Board of the environmental group Rainforest Action Network, and sits on a variety of other non-profit and for-profit boards.  He previously served as a Director of the State of New Mexico’s Environmental Improvement Board.  He lives in Santa Fe, with his wife Suzanne and son, Noah. 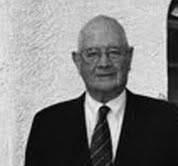 William C. (Bill) Hume, retired in 2009 after seven years as Director of Policy and Issues on the staff of Governor Bill Richardson. His specialty areas of responsibility included water policy, government-to-government relations with New Mexico’s 19 sovereign Native American tribes and pueblos, Mexican affairs, and foreign government contacts. He served as Governor Richardson’s representative on the Border Governors Conference, which entailed travel and contact with officials of the four U.S. border states and the six states on Mexico’s northern frontier. He received courtesy calls by envoys and representatives of foreign governments on Governor Richardson’s behalf, when the governor had conflicting commitments. Following his retirement, he was called back as interim director of the New Mexico Border Authority to ensure a smooth transition in the final two months of the Richardson Administration in 2010.  Prior to his government service, Hume was on the staff of The Albuquerque Journal, New Mexico’s leading newspaper, for 36 years – the last 16 as Editor of the Editorial Page.  Hume served in the U.S. Army in the early 1960s, with his primary duty station being a radio intercept station in southern Bavaria, in what was then West Germany.  He earned a degree in Journalism from the University of New Mexico, with a minor in Economics and a minor in German Language, subsequent to his military service. He is a New Mexico native. 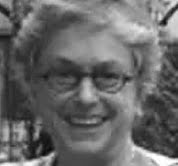 Claire Ulam Weiner–a native New Mexican –was born in Los Alamos during the Manhattan Project. After growing up in Los Alamos, she graduated from the University of Colorado and received a Masters in Social Work from Denver University. She has worked as a social worker in private practice, public and private schools, and in various health care settings. She has extensive experience with issues including medical bioethics, election reform, and campaign finance reform, having served on the St. Vincent’s Hospital Bioethics Committee and on task forces for the State of New Mexico. She has been active in local, state and national politics for over four decades.