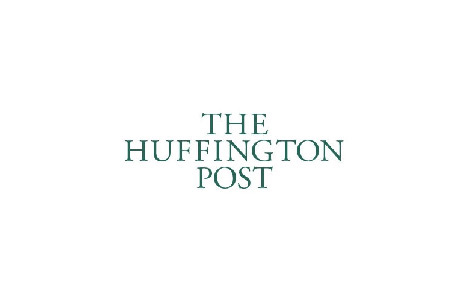 The Gaza War: Who is Just? Who is to Blame? and Why These are the Wrong Questions

I’ve been struggling with getting my thoughts out — writing, deleting and re-writing — since I know that what I have to say may upset my Israeli and Palestinian friends alike, as well as their respective supporters. It seems that most people on either side have lost the emotional ability and space to recognize theRead the full article » 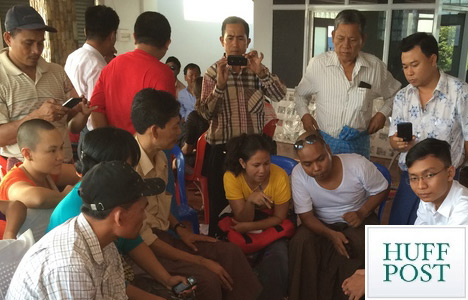 The open windows on the second floor of the Mandaley farmers’ association office do nothing to ease the unbearable heat of a balmy Mandaley afternoon in Burma. No breeze to speak of. But that doesn’t keep over 60 local farmers, business owners and entrepreneurs from a lively exchange as they inspect and dissect with theirRead the full article » 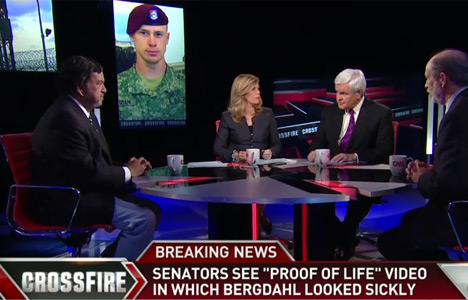 Newt sickened by Obama defense The third “B” in the collapse of our national security system and the State Department hit this week. The release of five very high-value terrorist leaders as a swap for one U.S. serviceman was the third strike against the Obama administration’s policy of defeat, dishonesty and self-delusion. When Congress startsRead the full article » 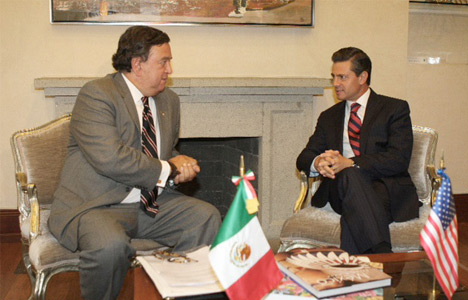 “Nelson Mandela’s death leaves a huge void in the world. The world’s greatest statesman is gone. I will never forget his grace, his kindness, his friendship and his diplomatic skills as he helped me navigate the Congolese civil war in the late 90’s. Rest in peace, Mandiba.” Gov’s Statement in the Media: http://www.abqjournal.com/314662/news/former-gov-bill-richardson-on-mandela-the-worlds-greatest-statesman-is-gone.html  http://us.topnewstoday.org/us/article/8949885/  http://www.bing.com/videos/watch/video/bill-richardson-remembers-nelson-mandela/1d0e49cob?q=viral&from=en-us_msnhpvidmod&rel=msn&cpkey=8762aa66-5129-46d6-bdb9-70d1c6026e40%257cviral%257cmsn%257c%257c http://www.koat.com/news/new-mexico/albuquerque/bill-richardson-remembers-nelson-mandela/-/9153728/23347496/-/rnd929z/-/index.html

Richardson: North Korean attack on US would be ‘suicidal’

Former U.S. Ambassador to the United Nations Bill Richardson said Thursday that if North Korea launches a threatened military strike against the United States, it would be a “suicidal” decision for Pyongyang. “There’s been a lot of rhetoric and not a lot of action … but I think our response has been appropriate: Cool, calmRead the full article »

Time for a reboot with North Korea

By Bill Richardson and Mickey Bergman, Friday, February 1, 1:58 PM Bill Richardson, a former governor of New Mexico, was energy secretary and the U.S. ambassador to the United Nations during the Clinton administration. Mickey Bergman is senior adviser to the Richardson Center for Global Engagement and executive director of the Aspen Institute Global AlliancesRead the full article »