The bloody war on rhinos has dragged on for a decade, and we now are at the tipping point between extinction and a revolution. The Richardson Center for Global Engagement has partnered with Saving the Wild to help. Saving the Wild is the only environmental organization based in South Africa ‘home of the rhino’ whose mandate is to pursue high level targets and expose and eradicate the corruption enabling wildlife trafficking.

In the past two years, Saving the Wild exposed and systematically dismantled two alleged syndicates. The first led by alleged kingpin of Zululand, Dumisani Gwala, currently awaiting trial. And the second, ‘The Blood Rhino Blacklist’, is an alleged syndicate of judges, magistrates and prosecutors who have for years been taking bribes on rhino poaching cases. In April 2018, South Africa’s Deputy Minister of Justice confirmed a police investigation into the crooked officials after Saving the Wild published an Open Letter demanding action against the Blood Rhino Blacklist. This Open Letter was supported by global icon conservationists Dr Jane Goodall and Thomas D. Mangelsen, ex New Zealand Prime Minister Helen Clark, anti apartheid activist and singer/songwriter Vusi Mahlasela, and many others.

This June (2018) Saving the Wild partnered with legendary wildlife photographer Thomas D. Mangelsen to launch the ‘Saving the Wild’ Collection, with half of all proceeds being donated to the environmental organization. Click here to see the collection 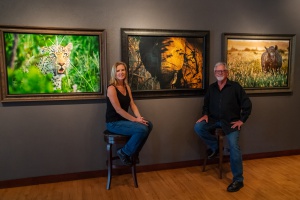 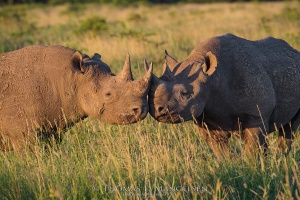 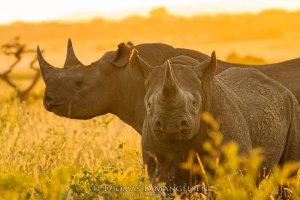 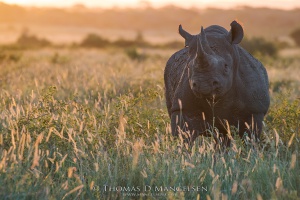 Donations for this effort can be made through the Richardson Center (donation button on the top right side of the screen), or directly to Saving the Wild.