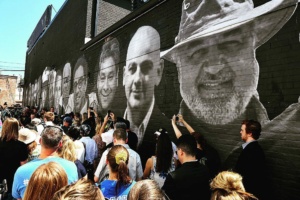 Governor Bill Richardson and the Richardson Center are relieved that American prisoners, Tomeu Vedell, Alirio and Jose Luis Zambrano, Jorge Toledo, Jose Pereira, Matthew Heath and Osman Khan have been released from prison in Venezuela and are on their way home to be reunited with their families.

Over the last three years we have been working closely with each of these families, in an effort to secure their release and safe return home. We have travelled to Caracas; had countless interactions with the Venezuelan leadership; and spent a lot of time discussing their cases with the White House and the Department of State.

“Today we need to celebrate and rejoice the return of our fellow Americans home. For some of them, it has been almost 5 years!  Matthew Heath’s attempted suicide 4 months ago was a reminder of the urgency in bringing our wrongful-detainees home from all countries they are being held in. Whether it is suicide, heart attack or physical altercation, these individuals are in constant imminent danger, and the illusion that we have time is dangerous.” Said Governor Richardson. “We are grateful some of our prisoners from Venezuela are heading home, but we urge the Biden Administration to work decisively and with urgency to bring all other wrongful-detainees back to their families”

As we celebrate the release of Tomeu, Alirio, Jose Luis, Jorge, Jose, Matthew, and Osman, we have to continue to do everything possible to secure the immediate release of Luke Denman, Airan Berry, and Eyvin Hernandez from Venezuela; as well as dozens of other Americans wrongfully detained across the globe.