Governor Bill Richardson and the Richardson Center are thrilled and relieved that American prisoner, Gustavo Cardenas, has been released from prison in Venezuela and is on his way home to be reunited with his family.

Over the last three years we have been working closely with Gustavo’s wife, Maria Elena, and his children, trying to secure his safe return home. In this effort, we have travelled to Venezuela and had many communications with the Venezuelans, as well as with the United States government.

We want to congratulate the Biden Administration for directly engaging and securing Gustavo’s release from Venezuela, and Special Presidential Envoy on Hostage Affairs, Roger Carstens, for his role.

“Speaking directly with those who are holding Americans is key to bringing them back,” said Governor Richardson. “We are so grateful that Gustavo will finally be able to reconnect with his loved ones, who have been fighting all this time on his behalf. Today, we celebrate with the Cardenas family and congratulate the Administration for getting Gustavo home.”

But the work is not done yet. There are 8 more Americans held in Venezuela: Tomeu Vedell, Alirio and Jose Luis Zambrano, Jorge Toledo, Jose Pereira, Luke Denman, Airan Berry and Matthew Heath. We hope that the United States government will continue to take bold steps to achieve freedom for these men and many other Americans being detained across the globe. 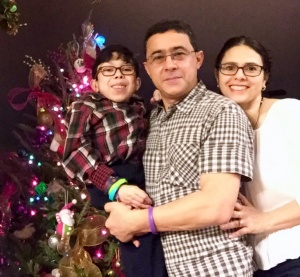